My 3 week trip through Myanmar was full of highlights! But day 10 of the trip was an especially exciting day! We would cross the Gokteik Viaduct. This rail viaduct was built in 1901 and at the time was the second-highest railway bridge in the world! It is still the longest railway viaduct in Myanmar and it promised to be a scary but thrilling ride. Deservedly so, this trip is a highlight on many traveller’s list.

We boarded the train in Hsipaw, a small town towards the north of Myanmar. Of course this went along with the regular chaos you can expect from any Asian train ride 🙂 Our local guide jumped off just in time when the train was already moving, but we were all on (with our luggage too!). 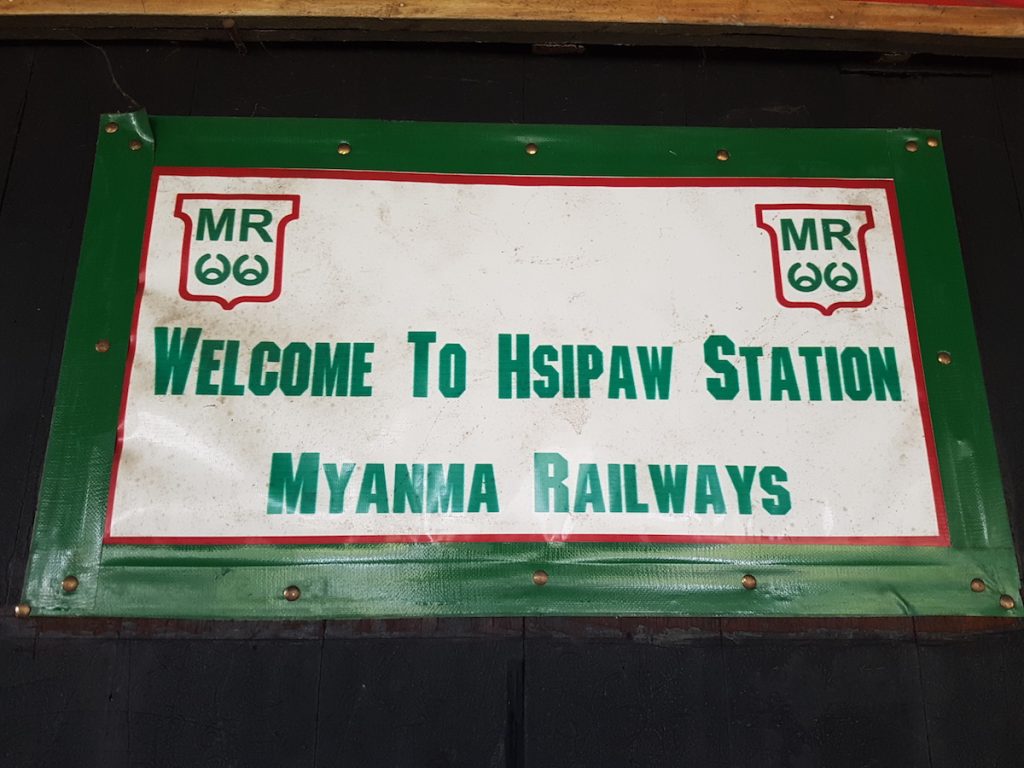 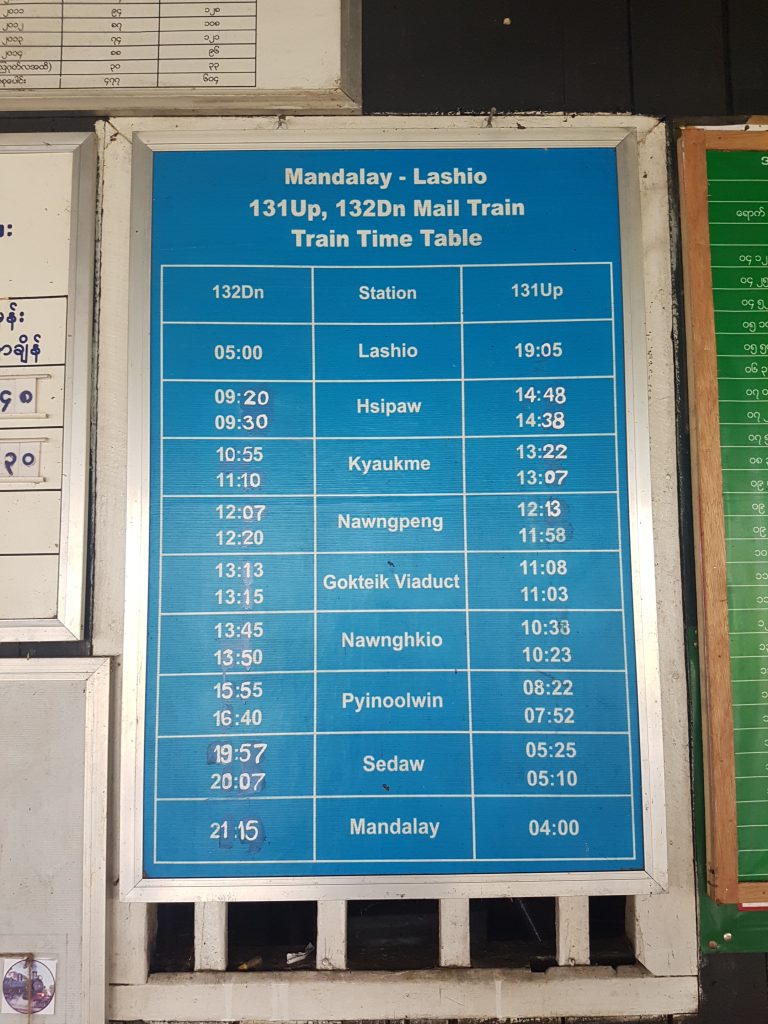 We had upper class seats which meant we had pretty comfortable seats and the cabin was relatively clean 🙂 Free airconditioning was included (read: open windows) all along the way. And best of all? It was so incredibly cheap! The 7 hour train ride set us back only €1,60 in upper class. Awesome 🙂

A stunning 7 hour train ride led us across a wide variety of flower fields, glooming hills and often jungle-like scenery. Watch out with putting your head outside the window, as it’s quite likely a branch or even a rock wall will hit you 😉

After approximately 4 hours we approached the viaduct. The train slows down a lot in order not to strain the old structure too much. 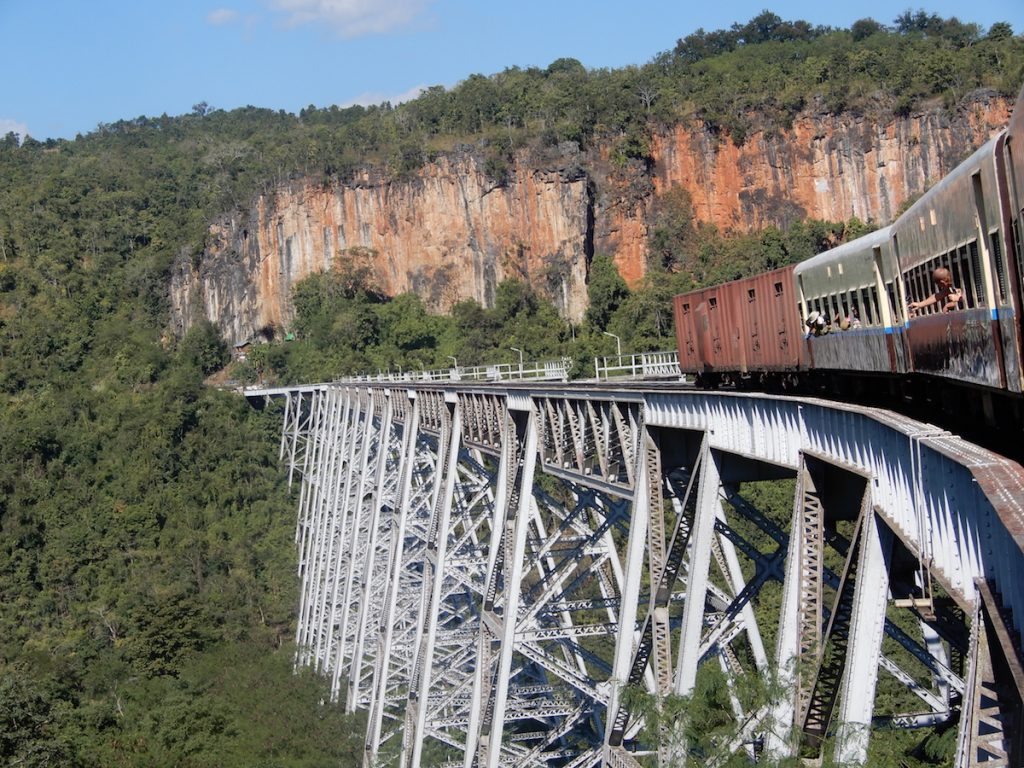 This means you have plenty of time to take awesome video’s and pictures! After the first couple of meters, the people sitting on good side of the train will most likely let you take a peek and pictures, or you simply head over to the “regular class” where the locals are a bit less excited about their regular train ride! Check out below video for an impression of the ride.

After the viaduct, which I was very happy to have survived :D, we had another 3 hours to enjoy the scenery before arriving in Pyin Oo Lwin.

TIP! If you come from Hsipaw, try to get a seat on the right side of the train. This will give you the best view 🙂

TIP! Don’t drink too much water, or put hand sanitizer on your packing list for Myanmar. The toilets in the train are definitely not the cleanest in the country 😀

TIP! You can turn the seats around in any direction. If you want to have 4 seats together or wish to sit in the right direction, you can swivel them around. 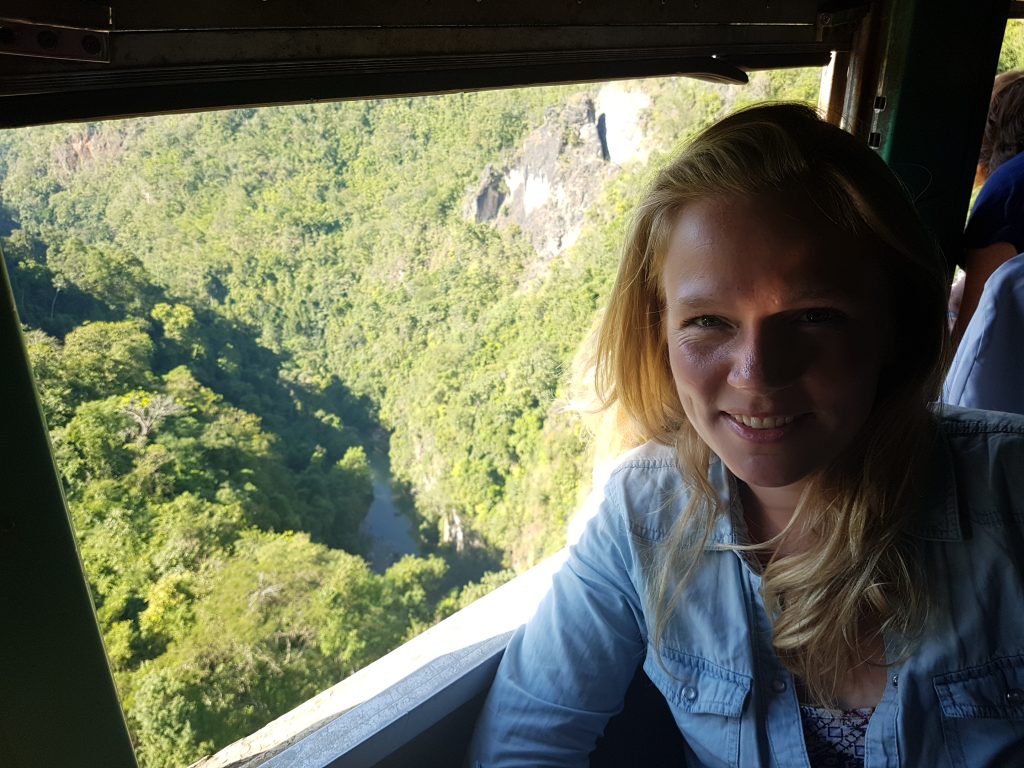 After the excitement of crossing the Gokteik Viaduct, we arrived in Pyin Oo Lwin. When we arrived at Pyin Oo Lwin Station around 4pm, we had taxi’s waiting for us to bring us to the hotel. We were staying in the Royal Parkview Hotel, close to the botanical gardens. It was a lovely hotel, nothing fancy but very comfortable. The rooms were large and the bathrooms very nicely decorated. I was sad we could only stay there for 1 night!

At night it was time to satisfy my Indian food craving again and we went for dinner at the Taj, close to our hotel. A pretty fancy, upscale Indian restaurant right at the lake. Even though it was a fancy restaurant, it set us back less than $10 each for a main course, including a couple of drinks!

The next morning, we took a taxi to Anisakan Falls. It was possible to take a steep path down to see the waterfalls, but we decided to go another way. We asked our taxi driver to take us to the other side of the ravin to see the waterfalls without sweating 😉 We arrived at the “The View” lodge which has a great viewpoint, terrace and expensive bungalows with amazing views on the waterfall! The waterfalls were very high and fell down across several plateaus! It was a great sight! Unfortunately the terrace and restaurant only opened at 10am, so we couldn’t have a coffee.

We then asked our taxi driver to take us to the Botanical gardens. Here we had a nice stroll before heading out for lunch to the “Lake Front Feel”. This restaurant is right opposite of the Taj restaurant and also has a great view. The food was awesome, and with full stomachs we were ready for the trip to Mandalay around noon. 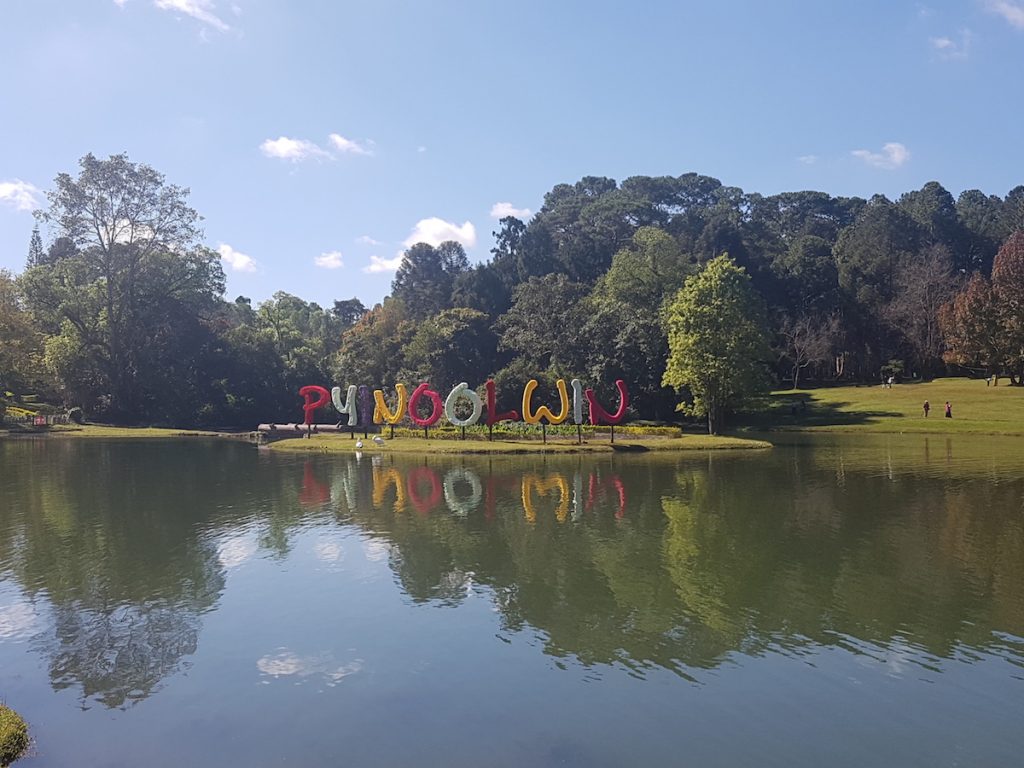 Travelling to Myanmar? Check out the rest of my posts.